The set of six cards include; Wolf, Fox, Bear, Hare, Eagle and Owl.

A unique set of greeting cards featuring animal faces printed on gloss card with envelopes inside a sealed clear bag. Each card has a written explanation by Neil about each animal. £11.99 per set of 6 cards

The set of six cards include; Wolf, Fox, Bear, Hare, Eagle and Owl

If you want more than one set of six cards, simply use the ‘quantity’ button on the cart. 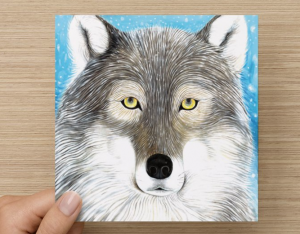 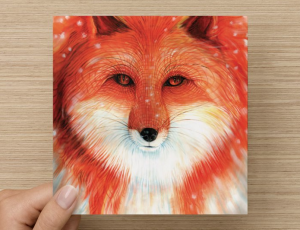 A unique set of cards with animal painting on the front of each card.  Inside each card is a written explanation by Neil about each animal face.

The set of six cards include; Wolf, Fox, Bear, Hare, Eagle and Owl.

Among Native Americans wolf had dual symbolic values of both great good and bad. Hunting tribes were those that often revered the wolf as a great warrior with medicine that related to devotion, victory, inventiveness, safety and fertility. The wolf can fight to the death and knows how to stand its ground. They are natural ‘teachers’ and show their young how to live within a pack. Some Native American stories connect the ‘wolf spirit’ to humanity as a guardian of the east, protection and families.
In Egyptian Mythology, the wolf was a symbol of Wepwawet a war deity, whose name means, ‘opener of the ways’. Eventually, the wolf became associated with death and an opener of the underworld. It was a wolf goddess that was said to have founded the Roman Empire, and in Greek mythology, the wolf was associated with the god of war – Ares/Mars. In ancient Chinese folklore the wolf was also a guardian of the heavens associated with Sirius – the Dog Star. It is said that the wolf comes to support and teach us about matters of personal power, balance, self-control and our animal instincts. The Wolf’s howl helps humanity find others of a like mind and was considered an ability to mark territory clearly and create a sacred space. 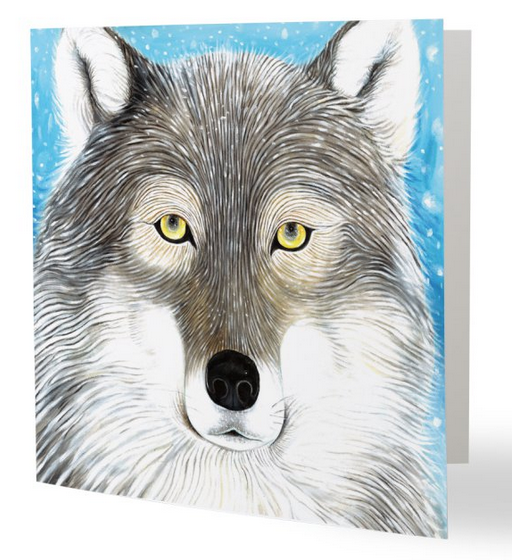 According to some ancient peoples, the fox is a solar emblem that symbolises passion, desire, intensity, protection and creative expression. The fox encourages us to ‘think outside of the box’ and use our intelligence in different, creative ways. The fox also brings us a message to try to approach our circumstances differently and see ‘all there is to see’. The fox also a reminder that we must utilize all of our resources (seen and unseen) in order to accomplish our goals. Sometimes this means calling upon our inner knowledge and wisdom. Some say the fox also symbolizes longevity and protection from evil 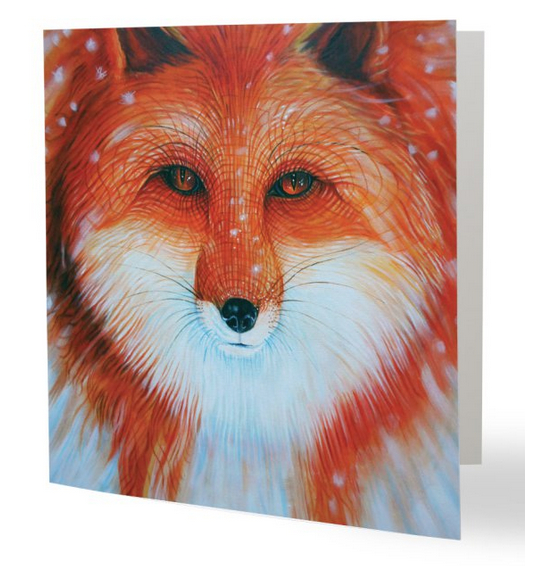 The Hare is associated with a number of myths from many different cultures. The Algonquin tribe honored the Great Hare as a demiurge, a role in the creation of the world. The Egyptians also saw the hare involved in a creation story. For them, the hare came to mean procreation, and then immorality. The hare is more solitary and tougher than the rabbit. Hares don’t live in warrens or have maternity nests. The young hares are born so well-developed that they can fend for themselves within a few hours of their birth. Hare people are considered sensitive and artistic, and also linked with ambition, fitness, and virtue. The Hare is one of the oldest totem animals of Britain and is linked to the Moon and the powers of the Moon 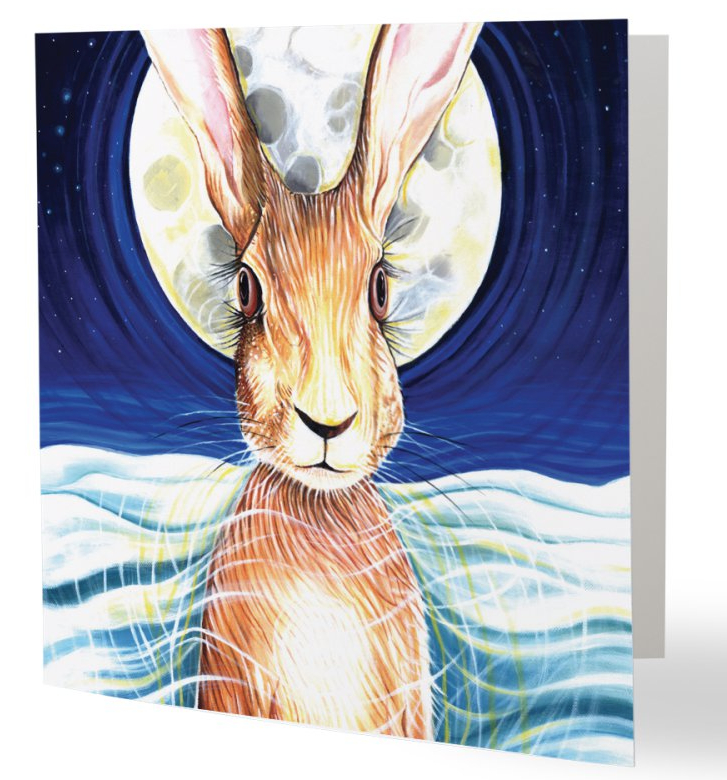 Native American Indians saw the Eagle as a symbol for great strength, leadership and vision. The eagle was thought to be chief over all the winged creatures, one who brought messages of spirit and the divine source because it flies higher than any other creature on Earth. The eagle is also symbolic of the importance of honesty and truthful principles. Eagle people are said to be visionaries, or those who are seekers and push the limits of self-discovery and personal freedom. An eagle person is often a born leader and may become impatient with those who cannot fly as high or as fast.
Eagle is also linked with courage and the need to give up limited perspectives and thought patterns. To many indigenous people the Eagle is the bringer of a higher vision, one that aids in our ability to see ‘all that there is to see’. Some Native American and Celtic shamans were said to have been able to shapeshift into eagles and their feathers were considered an emblem of the Sun and the Stars 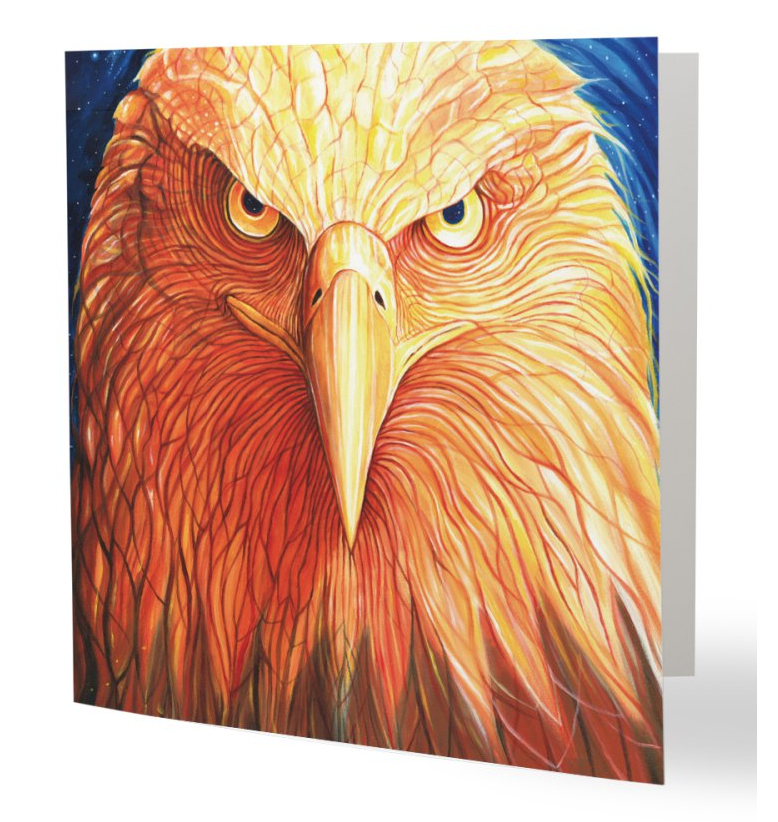 In early Indian folklore, Owls represent wisdom and helpfulness, and have powers of prophecy. This theme recurs in Aesop’s fables and in Greek myths and beliefs. By the Middle Ages in Europe, the Owl had become the associate of witches and the inhabitant of dark, lonely and profane places, a foolish but feared spectre.
In English literature the Barn Owl had a sinister reputation probably because it was a bird of darkness, and darkness was always associated with death. According to an Indian legend, the ‘Spedis Owl’ carving was placed on a rock to serve as a protector from the ‘water devils’ and monsters that could pull a person into the water. The Barn Owl has also been used to predict the weather by people in England. A screeching Owl meant cold weather or a storm was coming. If heard during foul weather a change in the weather was at hand.
Some American Indian tribes saw the Owl as a protective spirit for brave warriors. 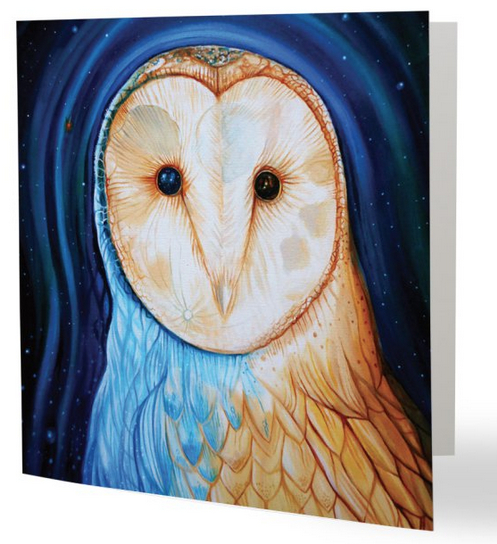 The ‘bear’ symbol was important as it represented a protector of children and women and symbolized courage, physical strength and leadership. Bears are strong, agile, and quick. The black bear and the Grizzly were native to North America. The meaning of the Bear Symbol was to signify a good omen and convey authority. The brown bear could be found across Eurasia and North America and is the source of our beloved Teddy Bear. The Egyptian pygmy god, Bes (a half-lion, half- bear) was also a protector of children.

For the Hopi Indians, the bear was one of the oldest clans on earth and they believed the bear had great spiritual power 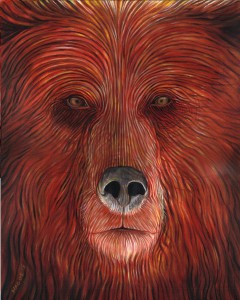