Journeys in the Dreamtime

Note: Due to a huge increase in International Mail Prices to US shipping costs are higher from the UK.

For purchases of this book for shipping to the following countires:

USA • Australia • Canada • Europe & the Rest of the World

Please use the official neilhague bookstore 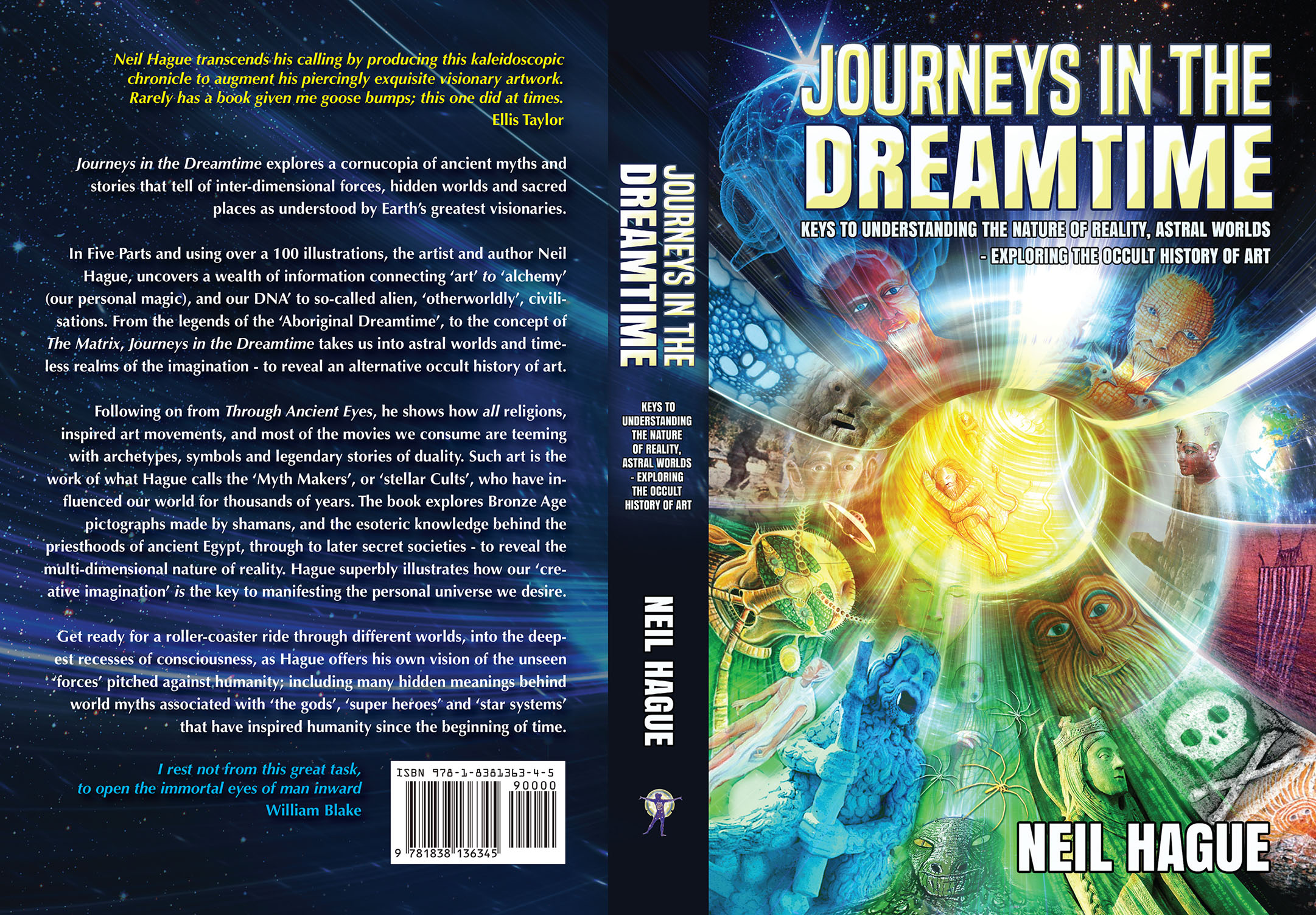 Keys to understanding the nature of reality, astral worlds – exploring the ‘occult history of art’.

“Neil Hague transcends his calling by producing this kaleidoscopic chronicle to augment his piercingly exquisite visionary artwork. Rarely has a book given me goose bumps; this one did at times.”

Journeys in the Dreamtime explores a cornucopia of ancient myths and stories that tell of inter-dimensional forces, hidden worlds and sacred places as understood by Earth’s greatest visionaries.

In Five Parts and using over a 100 illustrations, the artist and author Neil Hague, uncovers a wealth of information connecting ‘art’ to ‘alchemy’ (our personal magic), and our DNA’ to so-called alien, ‘otherworldly’, civilisations. From the legends of the ‘Aboriginal Dreamtime’, to the concept of The Matrix, Journeys in the Dreamtime takes us into astral worlds and timeless realms of the imagination – to reveal an alternative occult history of art.

Following on from Through Ancient Eyes, he shows how all religions, inspired art movements, and most of the movies we consume are teeming with archetypes, symbols and legendary stories of duality. Such art is the work of what Hague calls the ‘Myth Makers’, or ‘stellar Cults’, who have influenced our world for thousands of years. The book explores Bronze Age pictographs made by shamans, and the esoteric knowledge behind the priesthoods of ancient Egypt, through to later secret societies – to reveal the multi-dimensional nature of reality. Hague superbly illustrates how our ‘creative imagination’ is the key to manifesting the personal universe we desire.

Get ready for a roller-coaster ride through different worlds, into the deep- est recesses of consciousness, as Hague offers his own vision of the unseen ‘forces’ pitched against humanity; including many hidden meanings behind world myths associated with ‘the gods’, ‘super heroes’ and ‘star systems’ that have inspired humanity since the beginning of time.